Ukraine has claimed a ‘significant’ victory against Putin‘s Black Sea forces after pounding the Russian garrison on the strategic Snake Island.

The southern operational command said it had ‘aimed strikes with the use of various forces’ on the island, causing major losses to Kremlin troops.

Satellite images show the damage wrought by Kyiv forces, with burning vegetation and a tower destroyed in the fight for the island.

The Russian Pantsir anti-aircraft system, a radar station and vehicles were all damaged in the attacks on the island which has been a major battleground throughout the war.

It is just the latest blow for Putin who has suffered ‘extraordinary’ losses with pro-Russian separatists in Donetsk losing 55 per cent of its troops, British intelligence said today.

The Ministry of Defence said Russia’s outdated weapons and equipment have hampered their success, and the Kremlin will now have to deploy reserve units to the Donbas to make up for the losses.

The 100-acre Snake Island outpost has proved to be a valuable strategic position for both sides, sitting some 80 miles off Ukraine’s southern coastline in the Black Sea.

Russia seized the island early in the war and has largely managed to maintain control of it, but its forces there have been subject to bombing raids ever since. 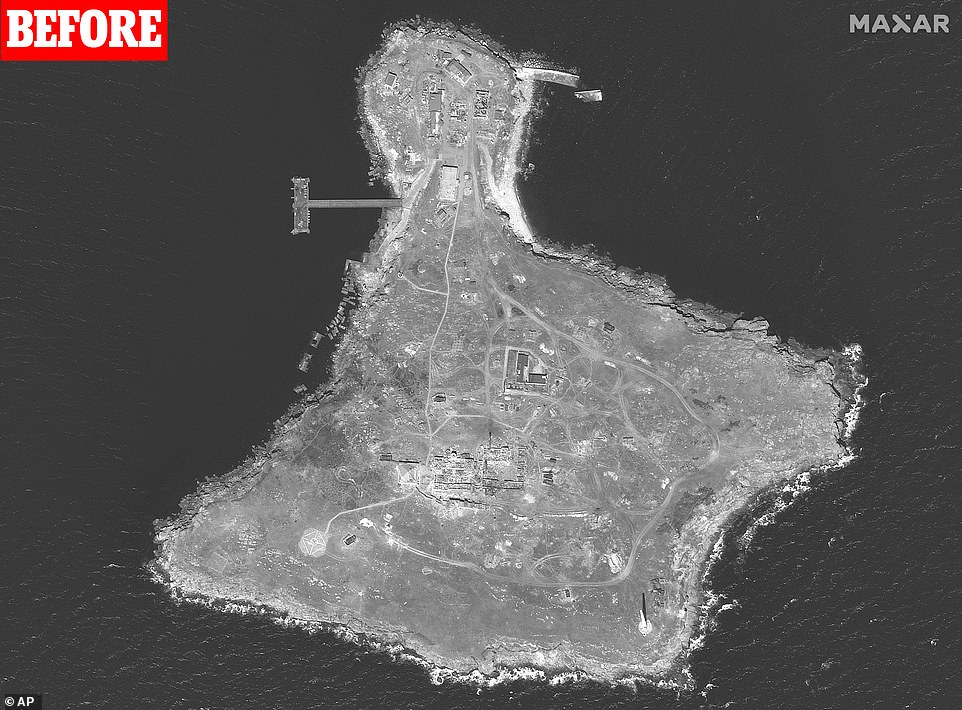 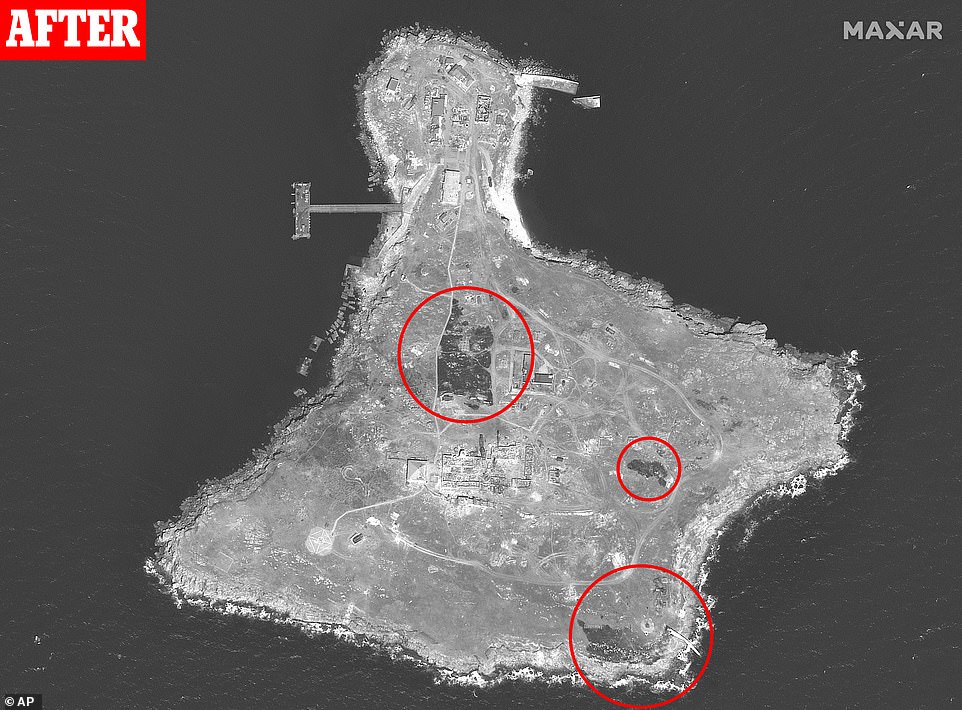 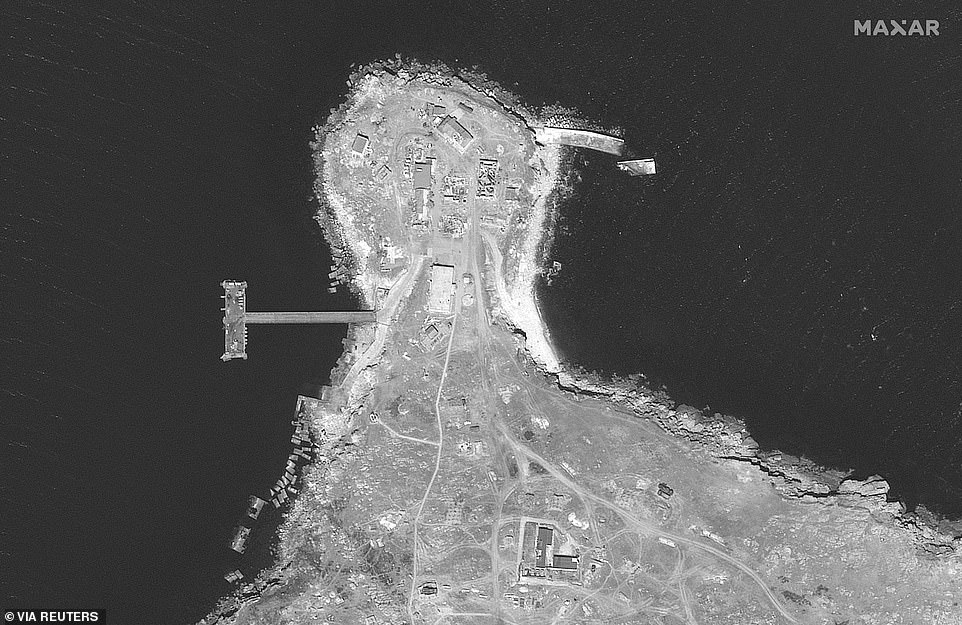 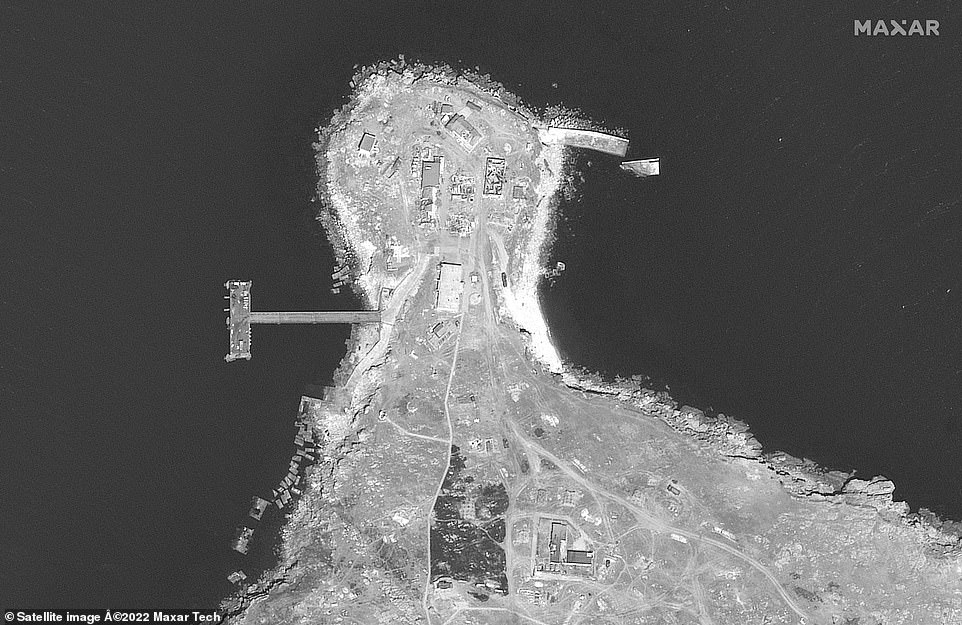 The latest strikes come days after a Russian navy tugboat transporting crew and armaments to Snake Island was destroyed in the Black Sea just with two Harpoon missiles.

It was the first time Kyiv claimed to hit a Russian vessel with the Western-supplied anti-ship rockets.